STUART BINGHAM says he plans to spend quite a bit of time on the practice table this Christmas in order to stay sharp for one of his favourite events of the season – the Masters.

Ball-run gets underway at the Triple Crown invitational against Mark Williams in the last of the first-round matches at 8pm on Wednesday, January 15.

Before that the Essex pro has qualifiers against Duane Jones in the European Masters (Dec 18) and Lu Ning (Dec 20) in the German Masters in Barnsley, and Bingham admits it will be a bit of a work-through for him in the festive period.

He said: “I’m going to keep playing through it with maybe a day off here and there, but I’ll keep playing.

“I think looking back I had too much time off in the summer. And I’ve never really done very well at the Masters, so I’d like to change that.

“I’ve got Mark Williams in my first match on the Wednesday night and to be honest that will be the longest I will have been in the Masters for a while because it is last up! So it will be nice to be there for longer than a day!

“So I’ll stay on the table as much as I can over Christmas, even if it is just an hour a day to keep my arm moving and then try and get some games in early January to gear up for the Masters.

“But I’m still looking forward to having a bit of time off with the kids and the family. We are going out locally for Christmas dinner this year. We normally have about 16-18 people round but Michelle didn’t want to do it this year so we decided to go out this time.”

Bingham enjoyed a three-match winning run at the UK Championship at the start of December against Lei Peifan (6-4), Martin Gould (6-4) and Zhao Xintong (6-1) before a 6-4 defeat to John Higgins, who also knocked him out of the World Open and Champion of Champions this winter.

But on Wednesday he suffered a frustrating early exit from the Scottish Open following a 4-2 defeat to Matthew Stevens.

After that match Bingham was subjected to dreadful online abuse from an internet troll in which the poster said highly distasteful things about his family.

Ball-run, who re-posted the comment and tagged in World Snooker to highlight the problem, said: “Nine times out of ten with this sort of thing it is a guy who has bet on me at 2-0 up and I lose 4-2 and they take their frustrations out on social media.

“I realise that I am in the public eye and will sometimes get this sort of thing aimed at me, but when it is vile comments about your family and your kids that crosses a line.

“Normally I would just block them but in this case I tagged World Snooker in to let them know what players have to put up with.

“I also just like to make these idiots famous for a couple of days because I know that they get lots back off of everyone who can then see how poorly they conduct themselves online.” 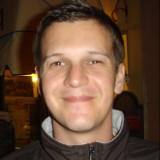